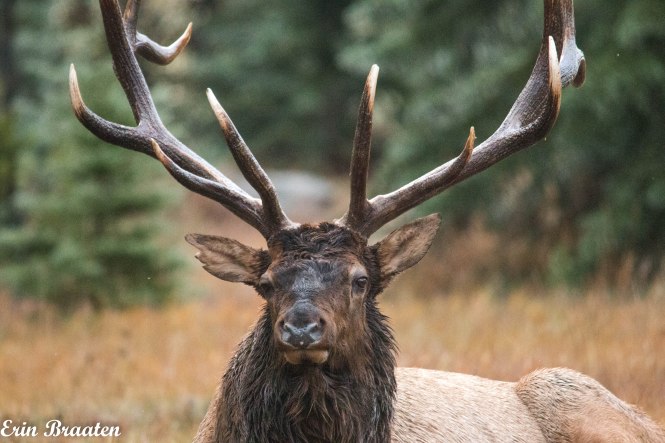 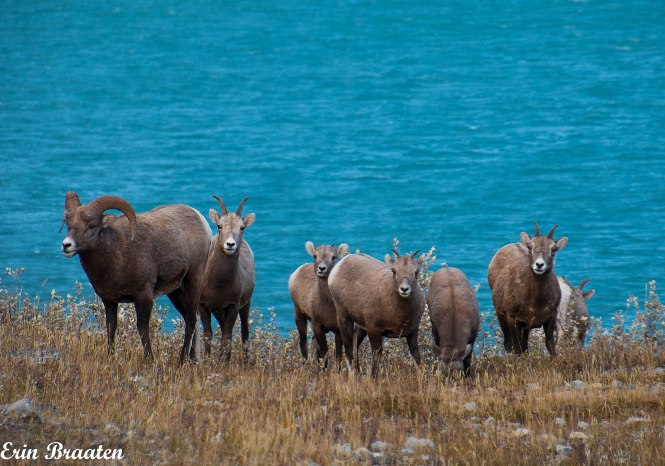 Got Milk?. . .
The beautiful turquoise color shown in the photo is the true color of the water. Sometimes called “glacial milk”, the unusual color is due to the presence of “rock flour”, which consists of tiny clay particles formed as rocks stuck to the bottom and sides of a glacier grind against bedrock. This abrasion reduces some of the bedrock to a fine powder that looks like the flour used to make bread. As the ice melts this rock flour is exposed and transported away by meltwater, often into a nearby tarn.

They won’t settle down! . . . .
Meltwater also transports pebbles, sand, and silt into the lake, but these larger rock particles quickly settle to the bottom of the lake. In contrast, the much smaller particles of rock flour remain suspended in the water until the fall when the meltwater stops flowing or the lake freezes over. Only then does the water become calm enough to let rock flour settle to the bottom. A core sample from the middle of the lake would probably reveal alternating layers of silt and clay called “varves”. . . . One layer of each (varve) for every year the lake has been in existence.